The Los Angeles Chargers vs Oakland Raiders match this Thursday night will be one to look out for. The Chargers will travel to the Raiders tonight. The game will be played at 5:20 P.M. Both of these teams have some hope when it comes to a win in the AFC playoff race. This is the last match these two teams will play against each other in Oakland. The NFL rivalries will take on a different form in the next season.

Bragging rights are on the line this Thursday, and this game may very well be a classic. Thursday games are usually not that tense. This is because the coaches don’t have enough time to prepare for the games, and this means that their game plans will be simplified.

The Chargers offence looks like it has improved quite a bit from the last time it played. And when you look at the Raiders, you can see that they are a bit promising, but we have to watch as see how it fairs in the coming weeks. The Raiders should find a way to overcome their injuries to become victorious this Thursday. 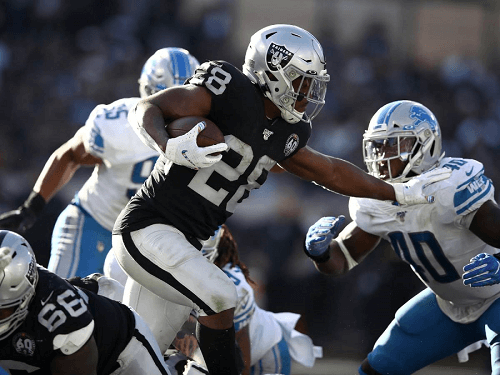 There are a lot of things that are unknown when it comes to this game. This is a winner takes all game. However, three matchups will determine which team will come out happy. This match  will determine whether the Chargers or the raiders will go through to a chance of playing for the playoffs.

The Raiders are lucky because they have rookie Josh Jacobs. As inexperienced as he is, he is already considered one of the best running backs in the NFL. He also has the help of the best offensive lines in the league.

Currently, the Oakland Raiders are ranked fourth in the league when it comes to the adjected line yards. However, they are number 18 in 2nd level yards. This shows that the offensive line has been entirely responsible for the Raider’s success in rushing.

Going into this game, the Oakland Raiders stand at +1.5 and Los Angeles Chargers -1.5. Make sure you know the stats of the team before you start betting. Check out the preview of the game below: