The Milwaukee Brewers played an incredible game on Saturday when they knocked Yu Darvish out following four innings. These teams are going to finalize the three-game divisional series at Wrigley Field.

Back in 2019, the Brewers went 10-9 against the Cubs in 2019. However, during the Friday opener series the Cubs managed to score 3-0 against the Milwaukee Brewers.

But on Saturday it was Milwaukee’s turn to win because they score 8-3 against the Cubs. So, if you want to know what our experts think about this matchup and which team will end off the series with a win or not. You can also find the best sports gambling websites to place your bets on the Milwaukee Brewers vs Chicago Cubs matchup. 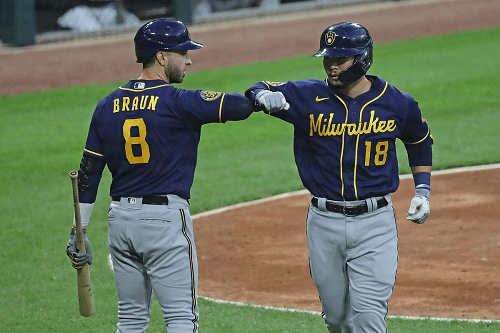 Predictions of the Milwaukee vs Chicago Matchup

It would seem that Craig Cousel will want to make sure that he uses Freddy Peralta to cement a win against the Cubs. In the previous season Peralta was mostly used for relieving other players even though his endurance is that of a starter.

However, he did not play well last season as he had a record of 5.85 ERA and 1.46 WHIP in 85 innings. Also, he managed to concede 3 runs in 4.2 innings against the Chicago Cubs.

Our experts believe that he will definitely has some swings accompanied with misses.

In addition, Milwaukee has Keston Hiura who is pegged as a promising hitter. The second-baseman played incredible games in 2019 with an average of .303. Also, he has 19 big flys and 49 RBI’s in 84 matches. However, he hasn’t managed to break through when playing against the Cubs.

Last season Chawood was able to humble the Brewers in the previous season as he only limited the team to two runs in 14.1 frames.