Fulham will travel to Wigan Athletic on Thursday to salvage the little hope they have of an automatic promotion. Thursday will be the final day of the Championship.

On the other hand, it would seem that Wigan have secured their spot in the second tire of English soccer. However, the internal issues that the team suffers threatens a relegation for them.

Despite the internal troubles the team have been going through, Wigan Athletic has been producing outstanding results following the resumption of the Championship. However, being under administration might mean the boys are fighting a futile war.

But not all is lost cause Wigan has appealed the 12-point deduction that they will suffer due to being placed under administration.

The deduction of the twelve points could mean that the team will be plunged deep within the relegation zone. However, the results of the appeal will only be released on the last day of the season.

That means that the Latics will want to stay strong and pick up as many points as possible to stay out of the relegation zone. So, Fulham won’t have an easy time on Thursday because the Latics are fighting for survival. 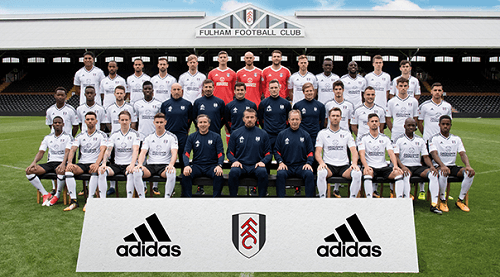 Will Wigan Athletic Win Against Fulham?

Currently, Wigan occupies the 13th spot so if they lose twelve points that would mean that they need to get a win against Fulham and other teams to stay in the Championship.

The team might have dear memories of beating Hull City 8-0 during their last home game. Wigan has won the majority of their matches and have managed to keep clean sheets, especially in their last four games since the Championship came back.

Meanwhile, Fulham will be fighting to be promoted along with Leeds United. The question of many fans’ minds is which team will be forced to be in the playoffs between West Bromwich Albion, Brentford and Fulham?

After this matchup Fulham will hope that it is the team that is promoted and doesn’t have to be in the playoffs.

The teams that are placed second and third will have to face Queens Park Rangers and Barnsley respectively. Both these team will have to win these games. Unless we have surprising results during these matchups, Fulham will have to be satisfied with a spot in the playoffs.

Odds on the Fulham vs Wigan Athletic Match

Get the best odds from top sports betting sites on the internet.