Luton Town will host the Blackburn Rovers team this evening. We wonder if a win from this matchup will be enough to avoid the relegation zone.

Luton is currently 19th in team ranking in the EFL while the Rovers are placed in the 11th spot. So, Luton will be fighting hard to win this matchup and potentially avoid being relegated.

Despite the fact that Blackburn Rovers have little motivation to win this matchup, they could move up the ranks to the 8th position if they do.

When Nathan Jones returned to Luton Town after lockdown following his departure to Stoke City many people had opinions. There can be a lot of debate regarding his reappointment but no one can deny that there have been some considerable gains since he has come back.

For example, the team has won eight matches under the leadership of Jones and have managed to scoop up 13 points in the process.

Despite gaining their wins Luton Town still faces relegation to League One if they do not win this matchup. However, they will still need to wait for Charlton to beat Leeds and Birmingham win over Middlesbrough to avoid relegation. 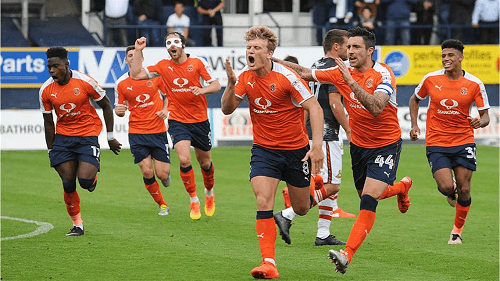 Luton may receive a lot of Hail Mary’s if luck is on their side. The fact that Wigan is suffering financial problems and has been placed under administration may bode well for Nathan’s boys.

However, Luton Town needs to get 3 points on the board to make sure that they retain the status in second tier.

On the other hand, Blackburn Rovers is still disappointed that they failed to maintain their playoff campaign.  Nonetheless, winning this matchup for them could mean an eighth position finish and this is the best they have payed since 2015.

Mowbray will have a lot of confidence if he ends the EFL season with three wins from playing five games. It will also provide him with insight on who to pick for his first team in the coming seasons.

Our experts predict that the final score will be 3-2 to Luton Town.

There are the odds of the game tonight.