England was very impressive when they contested New Zealand for a spot in the Finals. Before this match, New Zealand had not lost a match in a World Cup since their defeat against France in the quarter-finals 12 years ago. On the other hand, the Springboks proved victorious against Wales winning the match 19-16. This match set them up for a spot in the finals and a shot to win the Webb Ellis Cup.

Despite the South Africa vs England, a match is one that will thrill most Rugby fans. England seems to be the favourite amongst experts as they seek to avenge themselves from the horrendous defeat of 2007 in Paris. If the Red Rose wins the 2019 Rugby World Cup that would mean that they would win the cup for the second time in Rugby history. 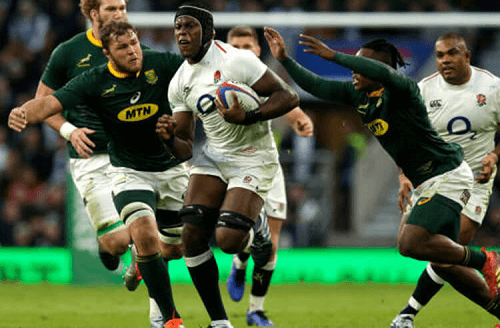 Score Predictions for the South Africa vs England Match

Form may not seem important for an event such as the final of the Rugby World Cup. But as we have said before England appears to be the favourite going into the final. This prediction is based on the fact that England was able to send the All Blacks home in an impressive manner.

Eddie Jones hopes that his men will keep the discipline that they have displayed in the tournament. Handre Pollard will not miss the opportunity to punish the Red Rose. However, we must not discount South Africa just yet because England has had several injuries in the tournament as Owen Farrell and Johnny May have been nursing unwell legs while Kyle Sinckler has had issues with his calf.