Granit Xhaka, the midfielder of Arsenal, has been removed from his captaincy position following an angry altercation with fans. The 27-year-old midfielder was part of an angry confrontation between supporters after the Gunners vs Crystal Palace match in October.

Unai Emery told the media that he had a meeting with Granit Xhaka and said to him that he is no longer the captain of the soccer team. He further noted that the midfielder accepted the decision and the issue would not be revisited.

However, Emery believes that Xhaka should apologise to the team’s supporters because he knows he was in the wrong in this situation.  Granit refused to do that. However, he admitted that he got carried away and he was quite disrespectful to fans. He further released a statement on Instagram telling his supporters that the events and his demotion have moved him deeply. He also emphasised that he loved the team and he always gave 100% effort on and off the pitch. 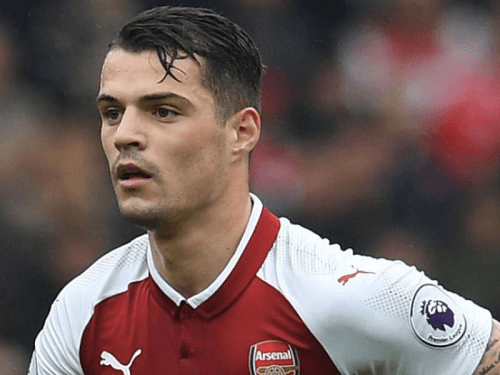 Granit Xhaka explained his reaction with fans as a culmination of a deluge of abusive comments that he has endured over an extended period of time. He felt like fans did not understand him and the comments that were sent to him on social media were not kind to him and his family. He received messages wishing his wife and daughter ill health. Some people have even threatened to cause him physical harm. He said at that point he had reached boiling point. He further noted that he felt like the fans at the stadium were rejecting him.

Granit was left out of the Arsenal squad when it was playing for the Europa League game in Portugal against the Vitoria Guimaraes.

Xhaka joined Arsenal in 2016 and was part of the FA Cup squad that beat Chelsea in 2017. He also helped the Gunners head into the League Cup final in 2018. He was also a part of helping the team reach Europa League earlier this year.