The Gold Glove winners’ list has been released, and this time it features eight new winners in the MLB. On Sunday night, the Rawlings and the MLB released the Gold Glove winners’ list for 2019. Alex Gordon and Nolan Arenado appear on the list for the seventh time. As per usual, the people who got to be in the list were chosen through votes by various managers and coaches. The coaches and managers that we’re able to vote on which players to be included in the list were not allowed to vote for their own team players. In recent years, the element of statistics has also been introduced by Rawlings.

A player for each position is chosen which translates to a total of 18 players in the list. Many critics were impressed because there was a mixture of old and new winners on the 2019 Gold Glove winners’ list. Look below for the complete list of players that got the chance to earn the Gold Glove. 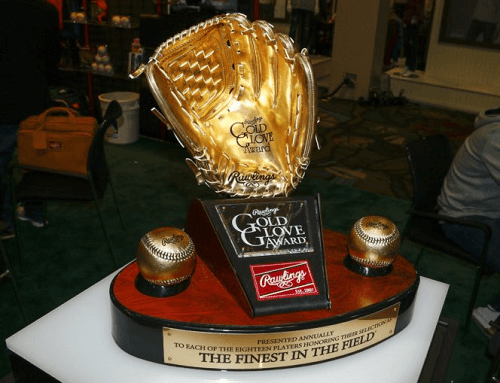 First Base: Anthony Rizzo (Playing for the Cubs)

Third Base: Nolan Arenado (Playing for the Rockies)

Second Base: Kolten Wong (Playing for the Cardinals)

Second Base: Yolmer Sanchez (Playing for the White Sox)

Third Base: Matt Chapman (Playing for the Athletics)

First Base: Matt Olson (Playing for the Athletics)

Cody Bellinger is one of the first-time winners on the list. He managed to beat out Bryce Harper of the Phillies as well as Jason Heyward of the Cubs. It was a shame for Mike Trout not to receive a nod once again. This time he was beaten by Kevin Kiermaier for the title of the best Centerfield in the Major Baseball League.