There have been a lot of changes in the horse racing scene. For example, the 2020 Belmont Stakes will begin the Triple Crown competition instead of the Kentucky Derby. One of the other changes are that the 3-year-old horses will compete in the 1.8 miles dirt track instead of the standard 1.5 miles that the Belmont Stakes is based.

The Prize money has also been reduced from $1,5 million to $1 million. Luckily, the points that are gained from the 2020 Belmont Stakes competition will count towards the Road to The Kentucky Derby points rankings.

At the moment, there are three horses that are included in the Road to Kentucky Derby point list that will also be taking part in the 2020 Belmont Stakes contest. These horses include, Tiz the law, Modernist as well as Sole Volante. So, we have to look at the horses that are participating in this contest and see what their odds are going into the race. 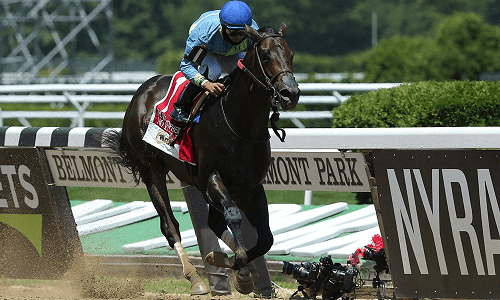 Tap it to Win has gained some momentum after winning on the track on the 4th of June. Interestingly, he set almost set the record while competing. The race was a little less than what the 2020 Belmont Stakes contest will require but it was still quite impressive. He also has a formidable trainer in Mark Casse who won one third of the 2019 Triple Crown contest along with Sir Winston and War of Will.

In his rookie year Sole Volante won both of his races in 2019. He has also bagged two wins of the four he has raced this year.

Undoubtedly, Sole Volante is ranked 14th on the Road to Kentucky Derby point list with 30 points to his name. Some experts think that Sole Volante will be the one to unseat Tiz the Law because of his impeccable closing speed.

Max Player is ranked in the middle when it comes to odds, however, his draw is quite impressive. He is the son of the Eclipse ward winner in 2015, Honor Code. He has won two career starts out of the three he has played.

In February he won the Grade 3 Withers Stakes which was his only Grade stakes in his career. Joel Rosario will be his Jockey for the 2020 Belmont Stakes contest. Rosario won the Belmont Stakes in 2019 when he was riding Sir Winston.

Last year Modernist did not post any wins in the two starts that he contested in, but he came back this year with two wins of the three races he raced this year.

Also, he has won the Grade 2 Rising Star in February. He was also placed third in the Louisiana Derby in March. What has been most impressive is that all his career starts have been on the dirt path. So, many experts feel that he is going to feel very confident when on this race.

Todd Pletcher is one of the best trainers in the horse racing world. He has won 78 races of the 401 he has contested in this year. He also has won the Belmont Stakes three times in his career.

However, Farmington Road is not one of the best horses he has trained. Some would say that Farmington is the underdog going into this race. He has raced six races in his career and has won only one of them.

But Farmington should not be discounted though because he came second at the Oaklawn Stakes in Grade 2.

The experts believe that Modernist, Fore Left and Farmington Road don’t have a shot at winning the 2020 Belmont Stakes. Also, Asmussen might not be in the running to win the competition even though he has won it before.

A lot of expert bettors think that Max Player is the horse to watch out for this year, especially with Joel Rosario riding him and Linda Rice training them.

But do not discount Sole Volante as a contender because he is also in the running. But be aware that he may run out of steam in this race.

You should check the odds of each players and seen which ones work for you and which don’t work.