Conor McGregor took to Twitter on Saturday night not announce his retirement from MMA. The announcement comes moments after Amanda Nunes’ won over Felicia Spencer at the UFC 250. He thanked his fans for the memories.  Also, he shared a picture of himself and his mother in Las Vegas after he won one of his titles.

The president of UFC, Dana White, told the media that he had not spoken to Conor McGregor before he announced his retirement. He further said that he was shown the tweet by someone else after he had tweeted.

However, White is not surprised by the McGregor announcement. He simply exclaimed, “that’s Conor!” White understands why Conor McGregor might want to call it quits given the global events affecting the sporting world.

McGregor’s retirement comes right after he defeated Donald “Cowboy” Cerrone at UFC 249 back in January. Before he retired, he was very vocal about a rematch against lightweight fighter, Khabib Nurmagomedov. He even accepted a challenged that was posed by Anderson Silva for a super fight. Therefore, many are quite surprised by McGregor’s retirement. 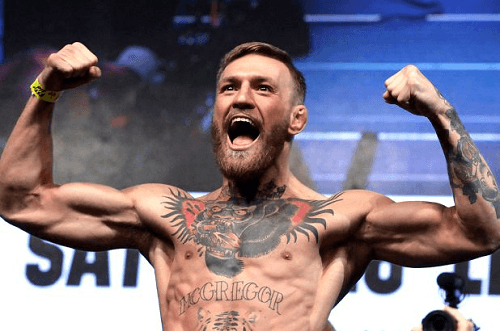 Conor McGregor also posted a picture of his retirement cake on Instagram. The photo prompted Floyd Mayweather to comment on the post. Mayweather simply said that should Conor McGregor decide to come back to MMA he will be ready to punish him again.

McGregor and Mayweather had fought each other before in a match that was named “The Money Fight.” This was the fight where Mayweather won in the 10th round.

Mayweather has also retired from professional boxing. However, there have been some rumours of a return.

This recent announcement is not the first attempt of McGregor retiring. In 2016 and 2019 he told fans that he would no longer be fighting.

Many people are not sure whether he is serious this time or not. Some polls are currently running trying to determine whether fans of UFC and MMA think McGregor is truly retired.