Tottenham Hotspur will hope to gain some advantage in this matchup as it has gone winless for the past three games that it has played in the English Premier League. The team will be hosting Manchester United which is placed 5th place in the Premier League.

Man United has been unbeaten for the past 11 games that the team has played. However, the Tottenham Hotspur should not be discounted because before its three-game losing streak the team was doing really well. Having won seven straight games between January and February of 2020.

The team has been declining since the season has started, they have managed to draw two games and lost 4 games without a win.

They are currently standing 8th in England, the Spurs are seven points below the top four teams in the Premier League. So, with this matchup they will want to regain their position. This matchup will kickoff at 15:00 PM ET on Friday (19 June 2020). 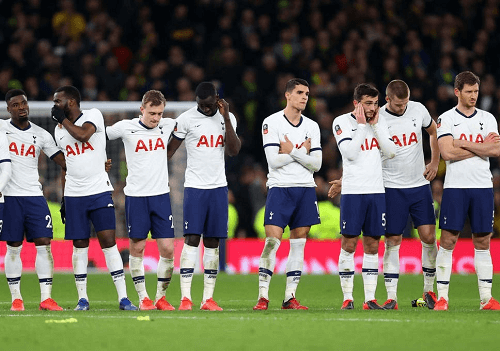 Before the English Premier League took a break because of the Pandemic man City was going through a wonderful winning streak. Since January 26 the Red Devils had gone unbeaten in 11 games in all the competitions. They managed to get 8 wins and three draws. So, it is no surprise that the team managed to collect nine clean sheets in the process.

Manchester United was last defeated on the 22nd of January when they played against Burnley. That Matchup ended with a 2-0 loss.

Man City is ranked 5th in the Premier league with 12 wins, nine draws and eight losses. This record qualifies them for the Champions League.

Well Tottenham Hotspur is going back to the Premier League with a losing streak of six game. But they are playing against a team that has had a few losses since the season started. So, if you want to place a wager Man City is the team to bet on for this matchup.