Daniel Berger has come out as the victor of the Charles Schwab Challenge During the playoff on Sunday. When the Challenge started, 14 golfers were three shots away from clinching the title, but during the playoff, it was Berger that came out victorious.

The victorious golfer managed an 18-hole birdie and managed to get to 15-under where Collins Morikawa joined him to force a playoff. During the first hole of the playoff, Daniel Berger was able to make par while Morikawa managed a three-foot par putt where Berger managed to win.

After the playoff, Berger told the media that he had a range of emotions and he “grinded so much” in the past two months to make sure that he won the Charles Schwab Challenge. He further said that the hard work had paid off and he felt great about that. This current win has become Daniel Berger’s third PGA Tour win. 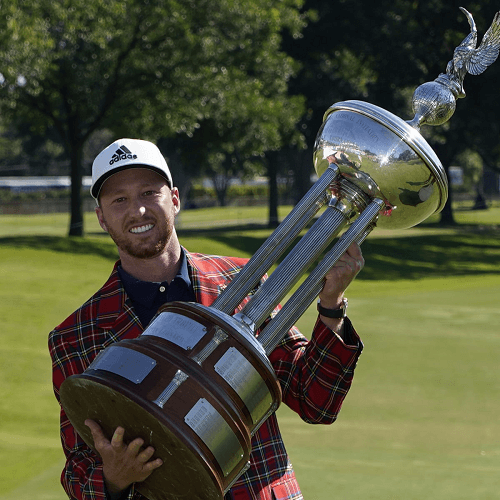 Other players had the opportunity to get to where Daniel Berger and Morikawa in the Playoff, however, the final stretch was too much.

These players include Bryson DeChambeau who got a 17 on a long shot. Justin Rose was also in the running, but he missed a putt on an 18 hole. Also, Jason Kokrak felt short too even though he posted a 64. All these three golfers tied for third place at 14-under.

Xander Schauffele was the third-round leader. However, he lost that lead when the ball fell into the water at 15. So, he ended up under 14 when the playoff started.

Other players that participated in the Charles Schwab Challenge included Bubba Watson, Patrick Reed and Gary Woodland. As fans, you should look out for the RBC Heritage at the Harbour Town Golf Links in Hilton Head. The tournament will run from 18-21 June.