Oklahoma City Thunder Are Among the Best teams in 10 Years

Many were highly impressed because the first season of the Oklahoma City Thunders was the 2008-09 season. The NBA team was previously called the Seattle Supersonics until they moved to Oklahoma City. The move seemed to have done some good for the team because, before the relocation, the Supersonics had three consecutive season losses. In the 2009-10 season, they were one of the NBA teams in the Playoffs. This means that it took the team one season to enter the playoffs. 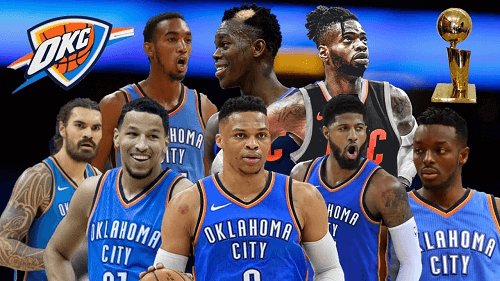 One Season Missed by the Oklahoma City Thunders

The Oklahoma City Thunder only missed one playoff season in all the ten years they have been a team. The team had a record of 45-37, which meant that they had to make space for the New Orleans Pelicans. The Pelicans had the same record as the Thunder. However, there was a tire-breaker, and they managed to get the eighth seed above the Oklahoma City Thunders.

The stats show that the team has been consistent with the quality of basketball they have been playing. Under the leadership of Sam Preti, they have managed to be named one of the most successful teams in American Sports. This prestige comes even without an NBA Championship.