Colin Kaepernick is Set to Host a Workout with NFL Teams

Colin Kaepernick, the former San Francisco 49ers quarterback, is set to participate in the Saturday workout. The NFL has made sure that all 32 teams are part of this workout. Kaepernick has not been part of an NFL game since 2016 when he decided to take the knee against racial injustice in the United States. The 32-year-old had a record of 16-4 touchdowns-to-interceptions in 12 NFL games.

In the off-season, he became a free agent and was unsigned. Since that time Colin Kaepernick filed a lawsuit against the NFL where he claimed that there was collusion. The two sides reached an agreement in February 2019. Kaepernick has indicated that he would love to return to the NFL. He has also been training to make sure that he keeps fit. This should be good news for USA NFL betting fans.

The Saturday workout will be the first time since 2016 that Colin Kaepernick will throw for NFL teams. When you look at the state of the quarterbacking in the NFL, many teams will have an interest in scouting Colin during the workout. 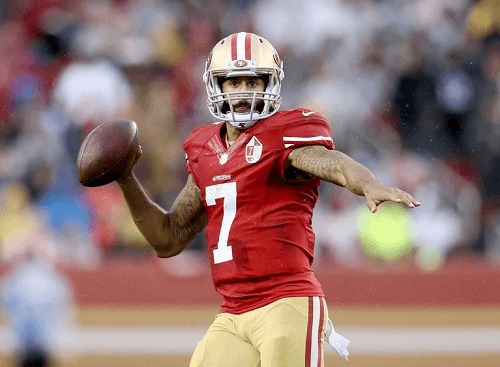 Several teams have confirmed that they will be attending the workout on Saturday. However, other teams have not said anything about their attendance. Dan Quinn, the head coach of the Atlanta Falcons, told the media that he was sure that the team would attend the workout.

Meanwhile, some reports have suggested recently that the Dallas Cowboys will have someone watching Colin Kaepernick during the workout for possible recruitment. The same has been said for Denver Broncos, several reports have confirmed that a scout will be sent to Colin Kaepernick’s workout.

There are many other teams in the NFL that have confirmed that scouts will be sent to Colin Kaepernick’s workout on Saturday. These teams include the New York Jets, the New York Giants, Tampa Bay Buccaneers amongst others.