Gary Danielson Apologises for His Comments

Gary Danielson has apologized for the comments he made after a student photographer from Georgia was knocked unconscious during a broadcast. The student photographer, Chamberlain Smith, was knocked out while CBS was broadcasting Georgia’s win against Auburn in week 12 of college football. The college football analyst, Gary Danielson, works for CBS.

Running Back, Brian Herrien, hit Smith when he was pushed out of bounds. As the student photographer laid on the ground, Gary made some insensitive comments regarding Smith’s health while she was  unconscious on the floor. He even went as far as giggling and being more concerned about the players’ health. Gary Danielson had to be told by an announcer that Chamberlain Smith is a woman and not a man.

Gary Danielson noted before another Georgia match that he was not aware of what was happening on the ground, and he was making real-time comments. He also stated that he might have been the last person to learn what happened when Herrien knocked Smith out. 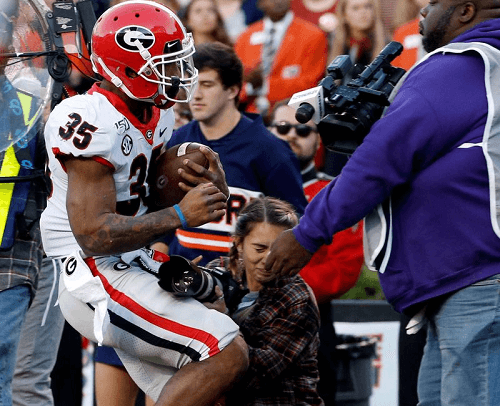 Many Believe Gary Danielson Was Insensitive

Danielson received some backlash for his comments regarding the unplanned assault on Smith on Saturday’s fame. Gary Danielson stated that he did not intend to be insensitive. He further said that he was wrong and extended his apologies to Chamberlain Smith and CBS viewers.

Smith regained her consciousness after the medical team on the field treated her. She was taken off the Football field and was then sent to the local hospital. She was treated and later that evening was released.

Chamberlain Smith tweeted that she will be watching the Georgia vs Texas A&M on her couch. The Tweet included a picture of her with a black eye. She said she would be back on the sidelines pretty soon.