Fox Sports released a statement on Thursday confirming that the former professional football player has been let go from the network. Cris Carter had been working there for three years before his axing. Cris Carter co-hosted the “First Things First” show in the morning. According to some media outlets Carter has not appeared on the show since the 31st of October.

Fox Sports employed Cris as an NFL analyst however he did not form part of the Network’s sports shows: “Thursday Night Football” and “NFL Sunday.” Before Fox Sports hired Carter, he was part of ESPN’s NFL studio shows until 2016 when the Network made changes to its lineup.

Andrew Fegveresi, Fox Sports Spokesperson, told the media that several personalities would fill in for Cris Carter until the Network finds a permanent replacement. There have been a lot of rumours circulating about why Carter was fired. However, Fox Sports has not commented on their reasons for letting the Football Hall of Famer go. 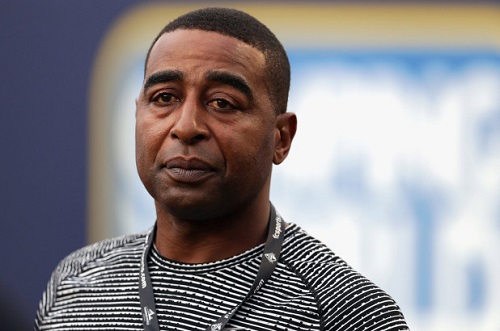 Carter Not Happy Over Being Excluded From the Fox Sports Show

There have been reports that Cris Carter was not happy that he did not form part of Fox Sports’ studio show “Thursday Night Football.” However, that is not the case. Some media sources have noted that the issues may have been more severe than that. The nature of the disagreement between the Network and Carter is still unknown.

Several media outlets have been trying to reach Cris Carter for comment. However, none have been able to reach him.

Chris Canty, the former Giants lineman, is thought to be the one chosen to replace Carter on the “First Things First” show. Cris Carter was a Vikings wide receiver before he became a TV host on ESPN.