Basketball matches have been cancelled at Lackawanna College after some members of the basketball were expelled. It was reported that some players in the basketball team attended a fight that was planned which resulted in three people landing in the hospital.

A spokesperson of the Lackawanna College wrote a statement saying that the members of the basketball team were not cooperating with an internal investigation.  The statement further noted that it was difficult  during the investigation to determine which individuals were guilty in the fight. This resulted in all the students that were involved in the fight to be expelled.

Three of the coaches are also not part of the program anymore. However, at this point, there is no clear indication whether these coaches were dismissed or if they left on their own accord. Since the members of the basketball team were expelled, 29 basketball matched have been cancelled. Only three basketball matches in the regular basketball season were played when this incident took place. 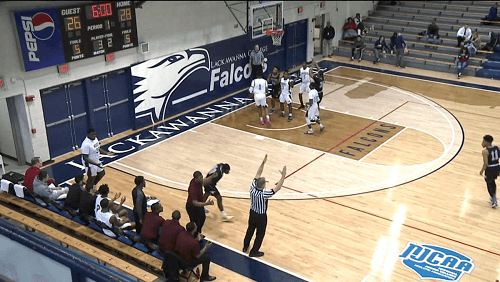 If you visit the Lackawanna college basketball webpage, you will see that the men’s basketball matches have been removed from the website. The Lackawanna College football players are also affected by the cancellation of matches and the expelling of some players because they were friends with them.

The football players spoke to the media and told them that they would miss going into the gym and watching their friends practice shooting hoops. They also added that Basketball matches were quite popular amongst the student population in Lackawanna College.