The Miami Heat will take on the Orlando Magic this Friday evening at the Amway Center, Orlando. The game will start at 705pm EST. These two teams are considered the best in the Southeast Division. This matchup will be quite an intense one as we see which team gets the victory tonight. The Miami Heat will travel to the Sunshine State to play another NBA game. The Heat hosted Toronto on Thursday. Orlando comes into this game following a fantastic win against Washington. The Miami Heat have an advantage in the regular season with a record of 65-54. However, last year the Orlando Magic amazed all and sundry by winning three of their four games against the Heat.

The Heat has a record of 9-8 on the road in the current season. However, they don’t fare well when on the road as they do when they have a home ground advantage. When it comes to scoring offense, the Heat is ranked ninth in the league, having posted a record of 112.4 points per game. 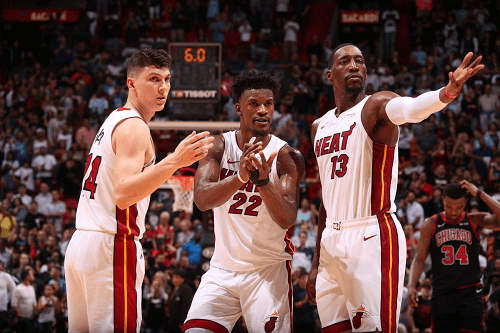 Orlando Magic surprised everyone when they bounced back from a tragic home loss against Atlanta. In their previous game, they lashed Washington while on the road. The Magic is ranked second in the Southeast Division. They have 9.5 games behind the Miami Heat. When it comes to scoring offense, the Orlando Magic are ranked 30th in the league. They fare a little better in rebounding because they have the 19th spot. We will have to see if Orlando will do well this evening, even without Aminu, who is out with an injury. Michael Carter Williams will also be a no-show in this Miami Heat vs Orlando Magic matchup this Friday. He has a sprained AC joint in his shoulder.

We have no idea whether Gordon will make an appearance in this game as he has missed the previous two games that Orlando played. This Miami Heat vs Orlando Magic game should be an interesting one. The Miami Heat has not been able to win back to back matchups in the past. We also know that Orlando has managed to win three out of the four games they’ve played against each other. Even with these stats, we believe that the Miami Heat will win this meeting.

Get the best betting odds right here. You can also view a highlight of a previous matchup between these two teams.