The Northeastern Huskies vs Detroit Titans matchup will be quite an intense one. The inter-conference matchup will happen on Thursday, 19 December 2019, at 7 pm EST. This matchup is the first meeting that the Huskies will have with the Titans. On Tuesday night, the Northeastern Huskies lost against Eastern Michigan while on the road. The Titans did not fare well either when they met up with Toledo in their previous matchup.

The Huskies are going to work to avoid a third loss this Thursday. Their losing streak began when the Huskies played the Davidson squad and failed to clinch a win. They then travelled to Eastern Michigan, where they lost again on Tuesday night. However, the Northeastern Huskies have a few entirely accurate shooters, and they qualify as a formidable rival for any team. In this matchup, you should watch out for Jordan Roland. He is quite a great talent, and he has managed to reach 20 points in seven games this season. 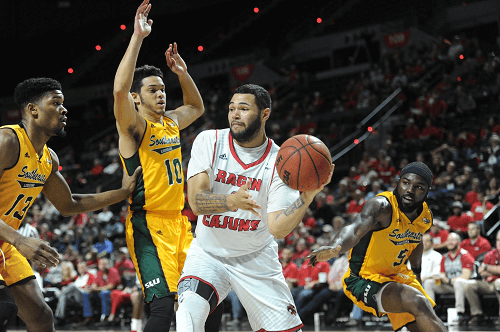 The Huskies are positioned 141st in DI in Ken Pomeroy’s college basketball. They also have a record on the road. Northeastern Huskies have an average of 71.8 points, which land them in the 188th spot. The Detroit Titans are not having a good time this season as they only have one victory on their record. They will head into the Northeastern Huskies vs Detroit Titans matchup having lost six games. The Titans have defensive troubles that were quite clear in their game against Toledo. Antoine Davis has been a star because he continues to have big numbers. The guard has had 23 points in the majority of his games. However, he has a problem with shooting below 40% during most nights.

We have been seeing that Justin Miller is struggling to keep it together as he is shooting below 26%. When you look at the stats, you will see that the Titans are ranked 303rd in the DI in Ken Pomeroy’s college basketball ratings. The Detroit Titans do not have a great defence team that places them at the bottom in overall basketball rankings. If you are looking to bet on this game tonight, the Huskies are your best bet.

Before you start betting on either the Huskies or the Titans, look at the best betting odds we have compiled for your convenience.