The Cleveland Cavaliers will battle it out against the Detroit Pistons this evening at the Little Caesars Arena in Detroit. The game is scheduled to begin at 7:05 pm EST. Get the best odds and predictions before the action starts. These two Central Division will battle it out on the court in the Motor City. The Detroit Pistons have won their match on the road on Tuesday with a final score of 115-113.

The Pistons have an advantage in the regular season with a record of 129-91. The Detroit Pistons have won five of their six previous games. This included the two games that they have played against the Cleveland Cavaliers. The Cavaliers don’t have a great standing in the Central Division. They have 21.5 games behind the Bucks. In the Eastern Conference, the Cavaliers are ranked 13th, and they are 6.5 games behind the Nets. We are expecting that Kevin Love will again lead the team in this Matchup since he led with 30 points in the last game against the Pistons. 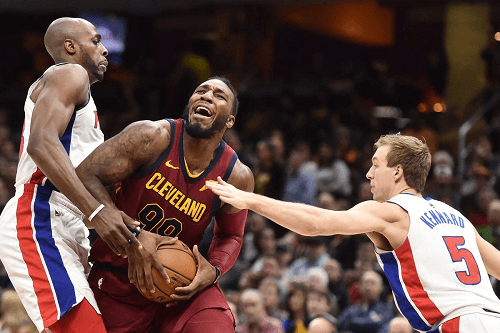 Predictions of the Cleveland Cavaliers at Detroit Pistons Matchup

We are expecting that Andre Drummond should be able to lead the team with a 17.5 points lead in the game. Derrick Rose will also add his contributions to the team’s efforts. In this Matchup, we are expecting that the Detroit Pistons will take the victory.

Before you start placing any bets, take a look at the odds provide by different sportsbooks in the USA. You can also take a look at highlights of a previous game to see what you can expect.