The Indiana Pacers will take on the Charlotte Hornets on Monday night (6 January 2020) at Spectrum Center. The match will be broadcast live at 7:05 pm EST. The Pacers will travel to Charlotte to face the Hornets in another Eastern Conference matchup. Indiana did not do well against Atlanta in their previous on the road game. The Hornets were able to push Dallas closer to overtime with a score of 123-120. When we take a look at the stats, we can see that the Indiana Pacers have a lead when it comes to the regular season.

The Pacers will hope to get back on the winning path after suffering two straight losses recently. In the Central Division stats, the Pacers are behind the bucks by 9.5 games. They are ranked 6th on the NBA Eastern Conference. When it comes to scoring offense, the Indiana Pacers will go into this matchup on the 18th spot. They average about 109.3 points per game. 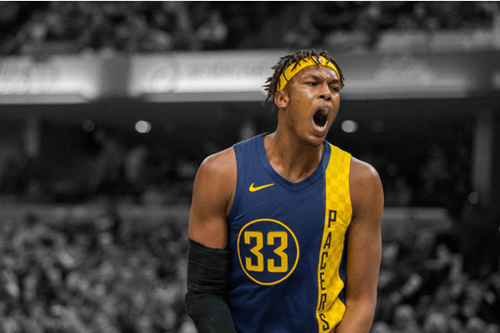 Match Predictions as the Indiana Pacers take on the Charlotte Hornets

The Charlotte Hornets went through quite a wild game against the Mavericks. However, they managed to gain a second straight win against the team. In the Southeast Division, they are ranked 3rd, and they are 11.5 games behind the Miami Heat. When it comes to their rankings in the Eastern Conference, the Hornets are ranked 9th. They are two games behind Orlando for the final spot in the playoffs.

Terry Rozier did well in leading the Charlotte Hornets with 29 points. When we look at their offensive standing, they are ranked 27th in the league. This means they are quite average when it comes to defensive rankings as they are placed 16th. The Charlotte Harlots are tied in 9th place in league with an average of 12.4 three for every game they play. The Indiana Pacers have been struggling of late as they have had four losses in five games. Despite their struggles with winning lately, we believe the Pacers have a good chance of winning this matchup.

Before you place any bets on one of the teams have a look at odds that different sportsbooks have for this Monday night matchup.