Home » Cam Newton Finds a New Home with the Patriots

Cam Newton Finds a New Home with the Patriots

Cam Newton must be very happy after signing a one-year deal with the New England Patriots. The deal also has some incentives that he will get during the one-year contract.

He will bring his expertise and experience to help replace Tom brady who left the Patriots for the Tampa Bay Buccaneers.

During the April draft season, the New England Patriots di not choose a quarterback. Sources believe the deal with Cam Newton will bring high rewards for the team and not a lot of risk. Especially when Newton’s health is factored in and the fact that the team will have to cope without Tom Brady.

Cam Newton posted on Instagram that he was excited and included a #LetsgoPats in his post. Newton was released by the Carolina Panthers which ended their 9-year relationship. Currently, Newton is in rehabilitation after his foot surgery.

The former NFL MVP turned 31 in May and he has passed his health and physical exam. His shoulder and foot have also checked well in the physical exam. 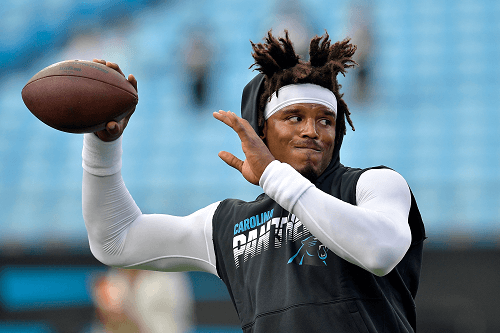 The 49ner’s cornerback, Richard Sherman is not impressed with the contract the Patriots have offered Cam Newton. He even went as far as calling it “disgusting.”

Sherman said that Newton has an impressive resume and the deal the New England Patriots offered him is not respectful.

Richard Sherman posted on his Twitter account that Newton was a “transcendent talent” and he deserves more because less talented quarterbacks are getting more money than he is.

After Sherman posted his disapproval of Newton’s contract. The newly retired Eric Weddle commented that he agrees that the contract does not reflect Newton’s talents.

The deal Newton signed is reported to be worth $7.5 million for 2020. This is deal is in contract with the contract Tom Brady signed with Buccaneers which is worth $50 Million for two years.