Liverpool FC has won its first English Premier League championship title for the first time in the football club’s history. The team has waited for a long time to lift the EPL trophy.

Despite the global pandemic and 100-day recess the Jurgen Klopp and his boys were able to restart their efforts to clinch the title. However, even before the pandemic they were six points away from taking the title.

It was up to Manchester United to win the against Chelsea on Thursday but the title holders were unable to get the three points to win the EPL championship.

Chelsea beat Man City and that was when everyone was quite certain that Liverpool was going to win the title after they beat Crystal Palace on Wednesday.

So, Pep Guardiola and his boys will have to pass on the title and trophy to its new owners. Liverpool even received high praise from sports stars like LeBron. 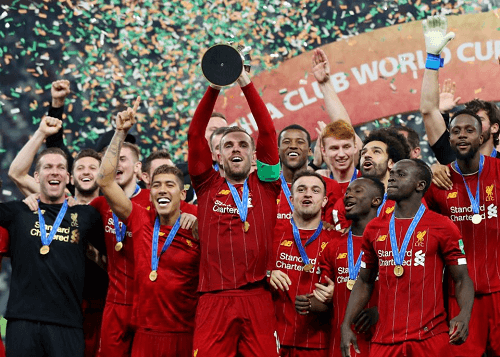 Even though the lockdown rules are easing in England, Liverpool fans will have to wait for a while before they can hold a parade. However, no one knows when that will happen.

But some fans gathered at Anfield to celebrate the historic Liverpool victory. The team was together enjoying the moment when the final whistle blew and sealed their fate as EPL champions.

The minor celebration doesn’t change the fact that the team has done well for itself. Many people re marveling at what Jurgen and his team have managed to achieve during this difficult time.

Liverpool has been the dominant team in the season with only one loss on its record. When interviewed by the media Klopp described this win as incredible.

He further said that he has changed people who doubted them to believers.

Jurgen Klopp has received much praise for his leadership. Kenny Dalglish, the Liverpool manager told the media that Klopp has been a great leader and he represents the team’s values.

The team is confident that there are a lot more winnings days ahead of them as long as Klopp is leading them.