Atlanta Hawks will battle it out on the court against the Washington Wizards. This 10 January matchup between these two Southeast Division teams will take place at Capital One Arena in Washington. Atlanta did not have a great home game against Houston as they were beaten 122-115 on Wednesday night. The Wizards were also given a beating on while they were on the road on Wednesday with a final score of 123-89 against Orlando.

When it comes to the all-regular season, the Atlanta Hawks have the edge over the Wizards with a record of 155- 147. Atlanta lost its 13th matchup against Houston out of the 15 games played this season. The Hawks don’t have a good standing in the Southeast Division they are 19.5 games behind the Miami Heat. In the Eastern Conference, the Hawks are nine games behind the Nets competing for the ultimate playoff spot.

In the matchup against Houston, the Atlanta Hawks were trailing behind by 16 in the opening quarter. The disappointment for the fans continued as they slumped by 23 points in the second quarter. It seemed as if they had regained their fighting spirit in the fourth quarter when Houston proved a formidable opponent. 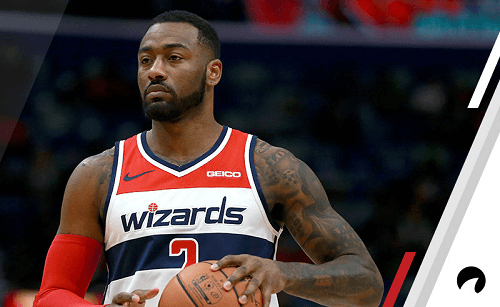 Matchup Predictions for the Atlanta Hawks at Washington Wizards

The Washington Wizards fared quite well in their matchups. They won two consecutive matches, in the last game, they managed to beat the Celtics at home. However, they didn’t do so well on the road against Magic. They took a severe beating. The Wizards are ranked fourth in the Southeast Division. They are currently 15 games behind the Heat to lead the division. On Thursday, the Wizards were ranked 12th in the Eastern Conference. This means that they are 4.5 games behind the Nets gunning for the number one playoff position.

Washington is ranked 5th in the league when it comes to scoring and 30th as far as defense is concerned in the NBA league. In this matchup, we are expecting the Wizards to take. The Atlanta Hawks are currently struggling in the form to be a formidable opponent for Washington.

Before you place any bets, look at our listed betting odds from our top sports betting websites on the United States. You can also look at a preview of this matchup below.