The first debut of the sports betting movie was at the Telluride Film Festival, and movie critics have not stopped talking about it. Sandler’s performance impressed critics so much that they are already talking about Oscar nominations.

The Safdie brothers, who are also known for directing movies such as Good Time, and Heaven Knows What told the media that they thought of the classic gambling movie California Split when Uncut Gems was written. 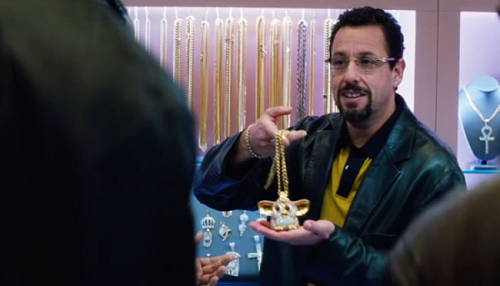 Although California Split inspired the sports betting movie, the comedy of Uncut Gems is much darker than the classic gambling movie. The sports betting film has a 95% rating on Rotten Tomatoes in the review aggregator.

While it was not the intention of the writers and directors to make the movie a dark comedy, however, it has undoubtedly become that in critics’ eyes. Movie critics have described Uncut Gems as a movie that has taken a book out of Scorsese’s writing and directing style.

Adam Sandler’s character is a successful businessman that is also quite arrogant and is eternally stressed. He is also quite an impulsive gambler that continually needs to score on the next high stakes. He also has a lot of sports betting debt to his name.  Peter Debruge from Variety Critic called this sports betting film a “gas.”