Kelvin Maynard was in his car in Amsterdam when he was shot and killed. The Amsterdam police are pleading with the public to help find witnesses as they search for two suspects who left on a black scooter. Police officers that were located at a nearby fire station tried to assist Maynard however, he unfortunately died of the injuries he sustained. The police say he was driving in the Langbroekdreef area when he was shot at 20h30. The suspects the police are looking for are said to have been wearing black when the shooting occurred.

When the shooting occurred, Maynard tried to escape the attack by driving to a fire station nearby. However, the car hit the front of the building. The police have told the media that an investigation into his murder is underway.

Kelvin was a player at Burton Albion from 2014 November after Jimmy Floyd Hasselbaink was made manager. When he was hired to play for the club, Kelvin Maynard told the press that he is delighted to play for England and that it was a dream to work for the team. 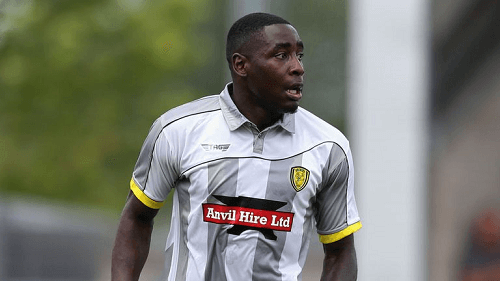 When the club won the 2014-15 League Two title, Kelvin Maynard was only able to make 10 appearances due to injuries. He suffered a knee injury in a game before the season began. In 2017 he left Burton to join the Dutch club Spakenbu.

The 32-year-old was the former defender of Burton and Antwerp. When he died, he was part of the Alphense Boys, a non-league Dutch team. Burton Albion released a statement to the public stating how saddened everyone was of the passing of Kelvin Maynard. The club further extended condolence messages to the Maynard family and Kelvin’s friends.

Other people were not injured during the shooting. In addition, no one was hurt when Kelvin Maynard drove to the fire station for help.