Dave Dombrowski has confirmed to the media that he has been fired as the president of baseball operations in the Red Sox. This dismissal comes less than a year after the baseball team won the World Series. Dave Dombrowski became a part of the Red Sox in 2015 and was able to lead the team to three AL East consecutive wins.

Many believe that he has taken the blame for the struggles that the Red Sox has been having this year. The Red Sox have been knocked out of the chase for the playoffs. They are sitting behind the New York Yankees with eight games out of the second wild-wild spot. Dave Dombrowski was dismissed just minutes after the Sox lost to the Yankees after the ESPN game of Sunday.

The announcement of the dismissal is expected to come soon. However, Dombrowski’s replacement is not likely to be appointed until the next season. In the past ten years, the Red Sox have had three presidents of baseball operations. The next hire will be the fourth. 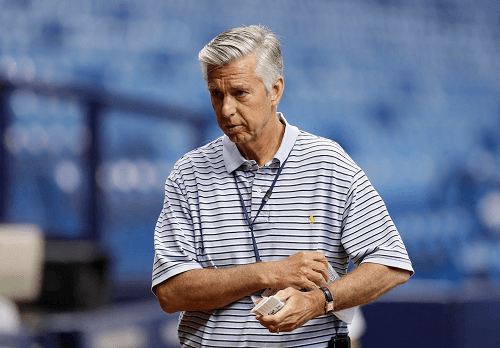 Dave Dombrowski Was Not Surprised by The Dismissal

It did not come as much of a surprise to Dave Dombrowski because he knew a month ago that he was in danger of losing his job. However, he did not understand the reasoning. His first criticism came when he gave Chris Sale a contract extension worth $145 million. He also signed Nathan Eovaldi to a four-year contract worth $68 million contract.

Dave Dombrowski was surprised by the critique he received because the Red Sox won three divisions as well as the World Series. Dombrowski has accepted the decision to have him fired. He told the media that baseball was a tough market. He further advised others that a thick skin is essential in this market.

Even after the red Sox winning four AL East titles as well as two World Series championships. The Yankees had last seen these titles back in 2012. Nonetheless, these achievements were not enough to keep Dave Dombrowski in his job.