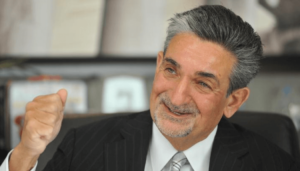 Earlier this year, Leonsis announced that he was going to include a sportsbook in the Capital One Arena where the teams play. This type of sportsbook will be the first of its kind in the US. Before this announcement, rumours have been circulating about the launch of the sportsbook. Leonsis thinks that the future is quickly becoming something of the present.

In efforts towards the realization of the sportsbook in the Capital One Arena, the Monumental Sports & Entertainment bought a sports bar. Leonsis is the owner of the Monumental Sports & Entertainment said that he wants a sportsbook that is closer to the arena so that people can access it easily. Although, the Greene Turtle Bar is technically not situated inside the arena. It is on the ground floor of the building that includes the arena.

Leonsis has also planned to find a partner who will help in bringing a brick and mortar operation for sports betting while other states like New Jersey and Nevada have opted for online sports gambling platforms.

Leonsis owns several sports teams including the Washington Capitals and the Wizards. He is also the owner of the WNBA Franchise and one of the leading teams in the eSports industry. The Capital Arena sports book is underway, and players will see its launch soon.