Home » Which NBA Franchises Have Never Won a Championship?

Which NBA Franchises Have Never Won a Championship?

It would be a surprise to you to find out that some franchises in the NBA have not won a single championship. Well, it is true. Some teams have struggled to win a tournament despite coming close to winning.

We all know that the Cavs, Celtics, Rockets, and Warriors have all won the NBA championships. So, that means that the 13 teams that have not won a tournament and will have to wait for the next season to be able to claim victory.

In 1995 the Magic was led to the NBA Finals by Shaq and Penny Hardaway. However, the Rockets had other plans. The Orlando Magic came close again in 2009 when Dwight Howard got them to the finals, but the team lost against the Lakers in just five games. 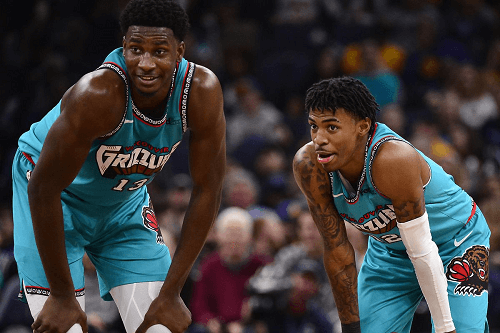 You would be surprised to know that the only time that the Nuggets have come close to the NBA Finals was in 1976. Since then, the team has been struggling to reach the finals amidst other strong teams in the NBA.

The Clippers could’ve had their chance to win a championship title during the Chris Paul and Blake Griffin period. But that chance was unfortunately missed. However, the team is not written off yet because it seems as if Steve Blamer is rebuilding the team.

Even though the New Orleans Pelicans have never held a championship title, it seems as though Anthony Davis is giving the team a new lease on life. So, there might be a chance for the team to get a championship notch under its belt.

It is quite a shame that even though Steve Nash managed to be an NBA MVP twice, he was never able to get the Suns to the NBA Finals.

Back in 1997, during the NBA Finals, Michael Jordan was an indestructible beast that John Stockton and Karl Malone could not get past. But they sure did come close.

In the short history that the Grizzlies have been in existence, the Western Conference Finals in 2013 were the closest the team has ever gotten to winning a title. But alas, the Spurs were a better team.

Jason Kidd was amazing when he led the Nets to two consecutive NBA Finals in 2002 and 2003. But that was when they were in New Jersey when the team moved to Brooklyn, things changed.

As with many other teams on this list. The Thunder has come close to winning, but the team is still looking to win its first NBA championship.