Tonight, the Washington Wizards take Charlotte Hornets at the Spectrum Center in Charlotte. These two teams from the Southeast Division will battle out for a win this Tuesday at 7:05 pm EST. The Wizards will travel to Charlotte for this battle. The Hornets have an advantage in the regular season between the teams, but it is the Wizards who have recently won a home game with a 125-188 win even though they have suffered a second consecutive loss in six games.

The Washington Wizards were fourth in the Southeast Division, and they have 9.5 games behind the Miami Heat. When we look at Eastern Conference standings, the Wizards are ranked 12th. That is because they are four games behind the Magic. When it comes to scoring offense, the Wizards are ranked third in the NBA. However, they are placed 30th on rebounding. Bradley Beal will inevitably lead the team as he has 28 points, as well as seven assists on every game.

The Wizards will have to work very hard on this game as they are a little out of form, especially with the absence of Bryant because of a foot injury. Thomas is also out due to a strained calf, and Jordan McRae won’t be playing because of a pin that was removed from his finger. 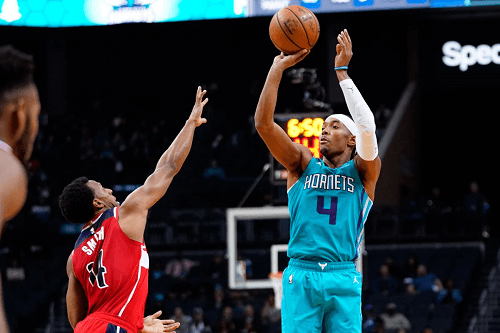 The Charlotte Hornets come into this game after having lost four out of five as they were beaten by the Hawks in their previous matchup. The Hornets are ranked third in the Southeast Division. In the Eastern Conference, they are ranked 10th, and they are 3.5 games behind the Magic. The Hornets played with heart on Sunday night even though they didn’t win the matchup.

When we look at the different points of strength of each team, we can see that the Hornets are in better standing than the Wizards. The Wizards have had a terrible defence of late, and it has contributed majorly to the team’s struggles. Check out the different betting options for this game below