SugarHouse Casino was given the go-ahead by the Pennsylvania regulators to launch its online sports betting platform. This makes SugarHouse the first gambling house to venture into internet gambling. The Pennsylvania Gaming Control Board permitted the gambling house to take interactive bets on Tuesday. In the coming days, the testing period will commence before its actual launch on Friday. Online punters can use the same website, PlaySugarHouse.com that they have used for other gambling activities. 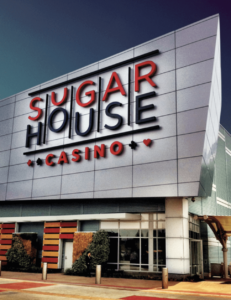 Although bettors have been able to use the same website for their sports gambling in New Jersey. They will have to register again in Pennsylvania. This difficult process is due to the fact that SugarHouse is unable to share gamblers’ information across state lines. In January, the Justice Department reinterpreted the Federal Wire Act to restrict interstate gambling.

The SugarHouse betting app is available on all Android enabled mobile devices.  It is also available on Mac computers and Windows desktops. However, iOS users will not be able to use this app because of Apple specifications.

The SugarHouse betting app went through a range of stringent tests before it was launched. The criteria included protocols such as the ability to kick underage gamblers out, the accounting systems and the geolocation mechanisms.

It is still unclear when iOS users will be able to use the app. The Chief Operating Officer of Rush Street Interactive, Mattias Stetz, told the media that the complicated iOS specifications would have held up the launch of the app further. Other gambling houses are expected to follow suit in the internet sports gambling trend. However, there are no specific dates as to when their online platforms will launch.