NHL has announced that the Sara Slane will advise the hockey league on all things legal sports betting including maximizing profits. Keith Wachtel, the NHL Business Officer, told the media that partnering with Sara Slane is a further attempt from the NHL to work collaboratively with the gambling industry.

Sara Slane has become the poster girl of AGA following the Professional and Amateur Sports Protection Act (PASPA) repeal. She was one of the people that supported the creation of regulation for states that want to introduce legal sports gambling. She even testified at the House Subcommittee on Crime, Terrorism, Homeland Security and Investigations that regulating sports betting will make it harder for legal sportsbooks to compete with illegal offshore bookmakers. 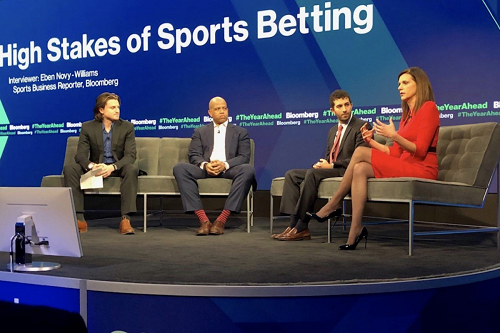 The NHL was the first big sports league that accepted Las Vegas. The NFL and MLB were opposed to putting a team in Las Vegas where sports betting is quite popular. In 2016 the NHL announced that they would place an expansion team for Southern Nevada. The consultation deal with Sara Slane is only a natural extension of the sports betting relationship.

That is when the Vegas Golden Knights were introduced, and many people were shocked when the team managed to reach the Stanley Cup Finals. The NHL went further and partnered with MGM Resorts for the gambling house operator to have real-time data to use at its various bookmakers.