The Patriots vs. Jets game is predicted by sports commentators to be a thrilling game. The New England Patriots have not been defeated yet going in the Monday game with a (6-0) record. The match against the New York Jets will be played at the MetLife Stadium on Monday night. The New York Jets go into this game as the underdogs with a record of (4-1) in the Week 7 action. Kick-off is planned to start at 8:15 p.m. ET.

In Week 6 the Patriots played against the New York Giants and managed a victory of 35-14. The matchup on Thursday gave them the chance to rest and prepare for the Patriots vs. Jets game. According to some sportsbooks, the New England Patriots are 4-2 against the spread and 2-4 against the Over/Under bet.

While the New York Jets 2-3 against the Spread and Over/Under. The Jets spent the majority of the year playing without Darnold. The team did not look the same without him. The Patriots have scored 30 points in the majority of their games. They have also dominated the defence and have been ranked number 1. On the other hand, the New York Jets are ranked 21st in the league and have 24.6 points. 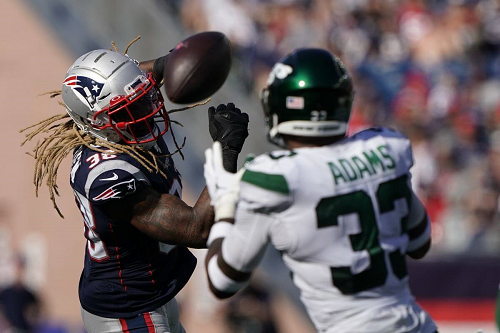 When you look at the Spread New England is favoured with (-115) odds against the Jets who have (-106) odds on the Spread. The Patriots are expected to cover the Spread because they have managed to do so in 5 out of the 6 games they played previously.

See a preview of the game before they play tonight: