The Oregon Lottery is going to pay over $26 million to SBTech, the provider of a mobile betting app in Oregon. This payment is expected to last in three years. Oregon sports gamblers will be happy to know that sports gambling in Oregon will begin in September for them. Many sports betting stakeholders expert that this form of gambling will attract over $332 million in the first year. 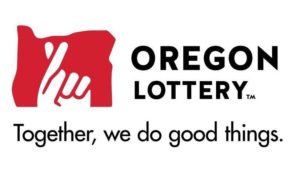 Oregon Lottery will pay SBTech $5.2 million is the first year. The payment will increase in the second year to $9.1 million, and in the third year, it will be $12.5 million. Oregon Lottery spokesperson, Matt Shelby, told the media that the estimated payment to the sports betting contractor is a percentage of Oregon’s gambling earnings. This means that taxpayers will not pay for this endeavour. He further stated that the rate would stay the same regardless of exceeding profit projections. SBTech is also expected to use the $26.8 million to pay subcontractors.

Many in Oregon has voiced out concerns against SBTech. Scientific Gaming, has met with Oregon officials to present evidence showing that SBTech has been operating in countries where gambling is not permitted. Scientific Gaming is one of the software providers that lost out on a bid to provide sports gambling software to Oregon.

Scientific Gaming wanted SBTech to be disqualified from the bidding process because of these allegations. SBTech has denied these accusations on many occasions. Oregon Lottery officials have taken SBTech’s side and assured concerned parties that due diligence had been done.

SBTech is expected to provide mobile gambling technology. SBTech is not a new player in international sports betting. However, it is relatively new in the United States. By the year 2020 Oregon players should expect traditional sports gaming kiosks in retailers, restaurants and bars.