Tonight the New York Jets take Baltimore Ravens at the M&T Bank Stadium in Baltimore. The NFL week 15 will kick off with these two AFC rivals. The NY Jets will travel to Charm City to battle it out on the football field. The match will take place this Thursday night (12 December 2019) at 9:27 pm. The New York Jets come into this game with a recent win from their match in Miami this past Sunday. The Ravens also won their last matchup against Buffalo. The Baltimore Ravens have an edge in this game because they have a record of 8-2 in the regular season.

Fans of the New York Jets have been quite disappointed this season with their team. The Jets have a record of 5-8 this season. It’s unfortunate that as the New York Jets take on the Baltimore Ravens, they won’t be contesting for a spot in the playoffs. The team was recently booted out of playoff contention. This is after the team had spent a lot of money on players like Le’Veon and CJ Mosley. 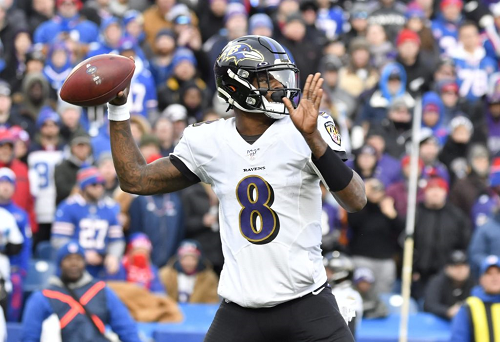 The NY Jets spent a lot of money acquiring Le’Veon Bell, but it has not turned out as they have expected as the Jets did not make it to the playoffs this season. The Jets have an average of 4 yards per carry in the 11 matches out of 13 played. This record includes four games where they averaged three yards per carry.

The Baltimore Ravens have been quite successful this season. This is due to the strong defense that they have. Patrick Onwuasor is ranked in the team when, with a record of 52 tackles, this includes a forced fumble on the football field.

See a preview of the game as well as the betting lines that are available to you at our top sports betting lines in the United States.