A report has revealed that New Jersey has become the highest earning state in the country. In May, the Garden State raked in $318M in sports gambling. According to ESPN New Jersey has surpassed Nevada in profits during May. The state is one of the states that worked hard to make sports betting available to its gamblers. 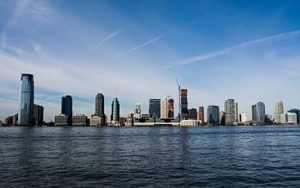 New Yorkers Contributed to the Rise in Revenue

New York lawmakers are still struggling with the details regarding the state’s legal sports betting. Many New Yorkers that enjoy betting on sports have opted to gamble in other states, like New Jersey. Some New York lawmakers have not shown much joy over the fact that New Jersey is receiving some of the revenue that belongs to New York.

Sen Joe Addabbo told the media that the money could have gone to good use in the state. The State Gaming Commission has passed rules that will regulate the sports betting in the state. However, the regulations have not taken effect as yet. Once the rules have taken effect, New York residents will have the opportunity to place bets in person. They will not be able to bet using their mobile devices.

Since sports betting was legalized in New Jersey a year ago, the state has taken in over $2.9 billion in sports wagers. This means that multiple sportsbooks have received over $200 million in revenue in the state.