Home » NBA Sports Betting Game to be Released in the US

NBA Sports Betting Game to be Released in the US 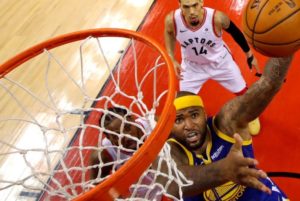 Players will also be able to see highlights of archived NBA archived footage of both teams to be able to predict the outcome of the game. The NBA sports betting game will be shipped to other licensed gaming providers in the world. The launch of the game will start in Europe and later in the US during the 2019/20 NBA gaming season. The Chief Executive of Highlight Games, Tim Green, told the media that Highlight Games has a strategy to dominate the developing sports betting industry in the US.

The name of the game comes from the fact that players can place bets on the final 90 seconds of the simulated match. The NBA has been instrumental in ensuring that sports gambling is legalized in the United States.

The virtual sports betting game is not the first endeavour that the NBA has embarked on. It was the first to associate with MGM Resorts International last July. The NBA was also the first to signup with Genius Sports and Sportradar for a data distribution deal.

The head of fantasy and gaming at the NBA, Scott Kaufman-Ross, told the media that the popularity of sports betting in many countries in the world pushed them to develop this game. He further said that the NBA sports betting game provides a new dimension for NBA fans.

Many stakeholders, like commissioner Adam Silver, think this is an excellent move for sports betting in the US. Many echoed his sentiments, including ESPN’s David Purdum. They believe that players will now be financially invested in the games.