Top 50 players including Justin Thomas set off to South Korea to take part in this year’s CJ Cup tournament. Many have been questioning whether a talented field will make the tournament easier or more difficult for players to handicap. Spectators will enjoy a star-studded pairing in the Asian leg of the PGA tour. Justin Thomas (15-2) enters this week as the wagering favorite in the latest CJ Cup odds. Phil Mickelson (66-1) will play alongside Justin Thomas as well as Mac Leishman (28-1).

The defending champion, Brooks Koepka (9-1), has been paired with Hideki Matusyama (14-1) as well as Si Woo Kim (125-1). Three-time major champion Jordan Spieth (25-1) will also make an appearance in this tournament. He will be competing against Tommy Fleetwood (20-1) as well as Sergio Garcia (28-1) who is a former Masters winner. 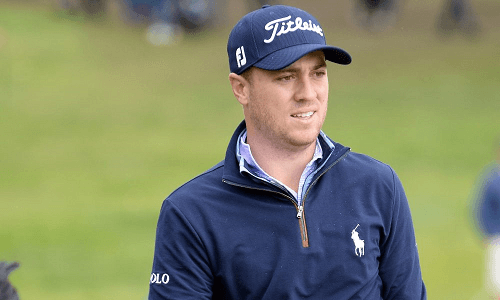 According to our experts the stats are pointing to Thomas winning the cup. This is the reason that his odds are very low. Dr Lou Riccio from Columbia University believes that Thomas has a 9% chance of winning this week. Justin Thomas has revealed himself as a player that consistently shows up in the leader boards. JT is also a CJ cup defender having won it in 2017. Since June Thomas has not finished outside of the top 12. If you are keen on the low odds then the tournament’s favourite is a best bet for you.

But don’t discount other players; here is a breakdown of the other players in the CJ Cup tournament. Byeong-Hun An also has the same odds as Justin Thomas, so you may not go wrong with this pick as well.

See Highlights of the first round of the 2019 CJ Cup in South Korea.