Home » Dion Waiters Returns to the Miami Heat After Suspension

Dion Waiters Returns to the Miami Heat After Suspension

Dion Waiters went back to practice with the Miami Heat on Saturday after his 10-game suspension ended. He also publicly apologized for the incident on the plane that led him to be suspended for ten games. Waiters will be joining the team on its trip to Brooklyn, Boston and Toronto for three games. The tour will start on Sunday. Since this season started, he has not played 11 of the 18 games that the Miami Heat has played. The suspension has cost him $920, 000, however, he may appeal this outcome.

Dion Waiters apologized to his teammates, coaches, the extended basketball staff as well as the fans for what happened in the team plane. He further took responsibility for the incident and apologized for what people went through because of it. His apology was distributed by the team in a statement. However, Waiters were not available for media interviews on Saturday. Coach Erik Spoelstra told the media that they want to put all of this behind them and move forward. 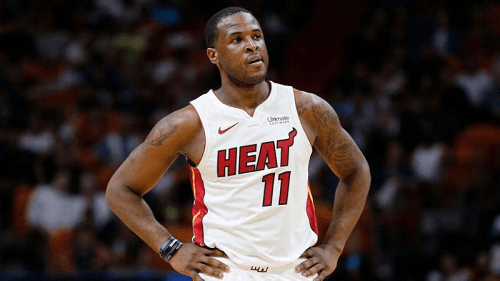 Coach Erik would not divulge any details regarding the locker room meeting they had with Dion Waiters on Saturday. He told the media that he would prefer to keep the details of the meeting private. There are rumours that the incident that Waiters was referring to involved cannabis that he ingested in the plane. He had a medical reaction to the cannabis edible and needed medical attention in the plane.

Dion Waiters did not spend time with his teammates during his suspension. He went to Syracuse with his college coach Jim Boeheim. Waiters was also not part of the team’s first game of the season. He was suspended following a disagreement with coach Erik. Waiters took to social media to show his disappointment with the suspension. The Miami Heat officials were not impressed with his reaction.