Ben Simmons Implies he was Racially Profiled at a Melbourne Casino

Ben Simmons took to Instagram earlier this week to express his dissatisfaction at a Melbourne casino which he visited with his friends. He claims he was singled out by the security staff of the casino for being black. The Philadelphia 76ers guard posted a video on Instagram and asked why he and a couple of his black friends were asked for identification when other white patrons were not.

Simmons later deleted the video when it gained some traction in the media. The post prompted the Melbourne casino to issue a statement saying that security staff conducts routine identification checks on all customers, especially those who appear to look younger than 25.

The NBA star has recently signed a five-year contract worth $170 million with the 76ers. Ben Simmons was not recognized by the security staff when he tried to enter the casino. However, he was allowed to go in after his identification was verified.

Simmons posted his explanation on Twitter after attending a charity event. He explained that he does not like feeling singled out, and he will always speak out against unfair situations. 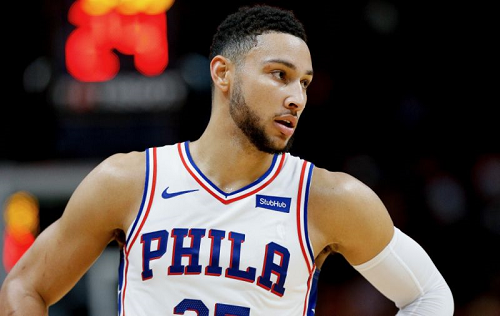 After the Crown Casino in Melbourne released a statement explaining that the security staff will conduct routine checks on customers that look younger than the permitted age of 25-years. The casino further stipulated in the statement that the Identification check is done to ensure that people who are under the age of 18 are not permitted inside.

An Australian media report stated that the basketball player was staying at a hotel that is connected to the Crown Casino. The Melbourne casino strongly rejected the claims that it discriminates against people of color. The player was supposed to play for an Australian squad against an American team at the Exhibition games.  He pulled out, however, to focus on his NBA season.